After our morning in Pisa, we headed to the walled city of Lucca for lunch and to explore. Located between Pisa and Montecatini, Lucca was a perfect stop to break up the hour drive. We easily found paid parking just outside the walled city. We first stopped for lunch and wine at a restaurant we found wandering the town called Bar Lippi.

After lunch, we wandered the interior of the city for a little until we found on the 12th century Roman Catholic Church the San Michele de Foro. The marble exterior made it one of the prettiest churches of our trip! Still on the piazza San Michele we  stumbled upon extra-virgin olive oil tastings. We tried various olive oils from around the region and realized we have no clue how to judge olive oils!

Next we went to a bike shop to rent bikes for a few hours. We passed multiple shops on our explorations and they all had the same cost (2.50 euros/hour) so we chose the one closest to our car. From there we rode through the city towards the wall, then up the least steep ramp we could find until we were on top of the wall. 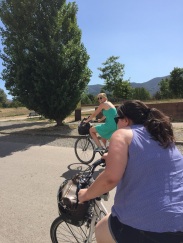 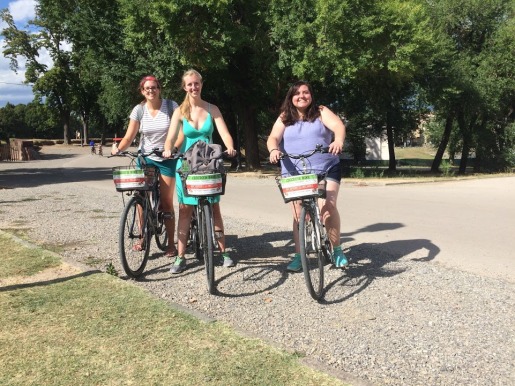 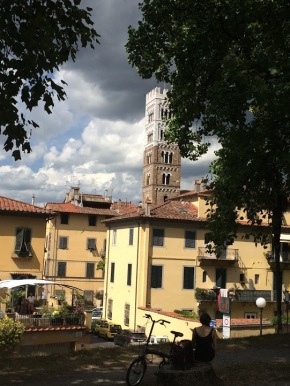 Walls were built around the city three times before the Renaissance walls we see today, with the first wall built in Roman times when Lucca was a Roman Colony in 180 BC.  The Renaissance walls were under construction from 1545-1650, taking over a century to complete. The Republic of Lucca wanted to create a better defense, fearing the expansion of the powerful Medici family in Florence. 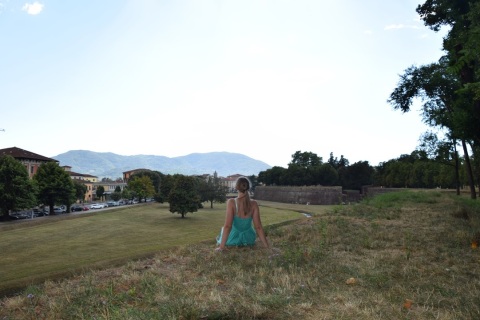 Along the circumference of the wall there is a wide path for bikers, walkers and pedicabs alike! Luckily we brought water bottles to stay hydrated and there were water spouts to get refreshing refills. The distance around the walls is only 2.6 miles (or 4.2km), with all our meandering and photo breaks we returned the bikes after a little more than an hour. With our limited time it was a great way to see as much of Lucca as possible.