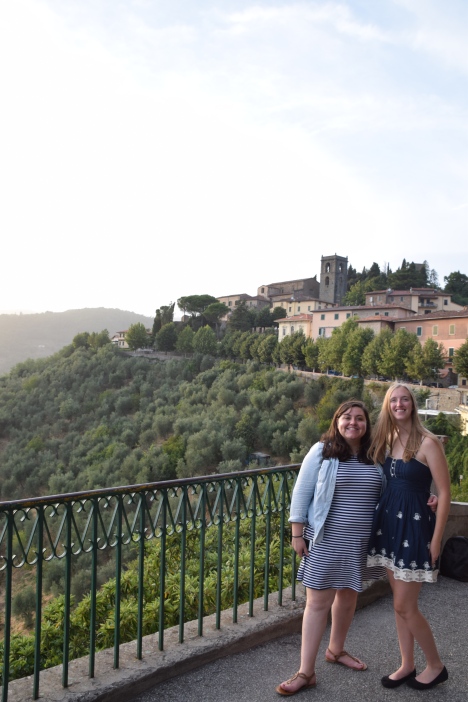 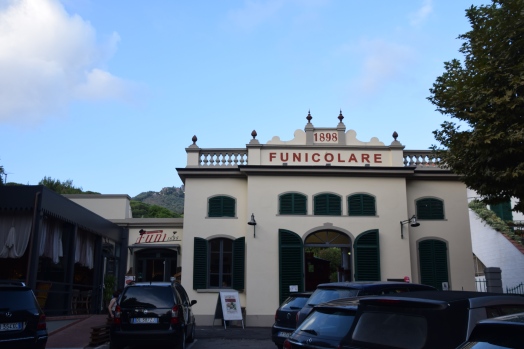 After taking in the view, we began to wander the cobblestone streets until we found the Tower of the Carmine, one of the six standing towers that remain of the original twenty-five towers that existed during medieval times. It is unknown when exactly this tower was built but it predates the seige of Montecatini Alto by the Florentine troops under Grand Duke Cosimo dei Medici in 1554. 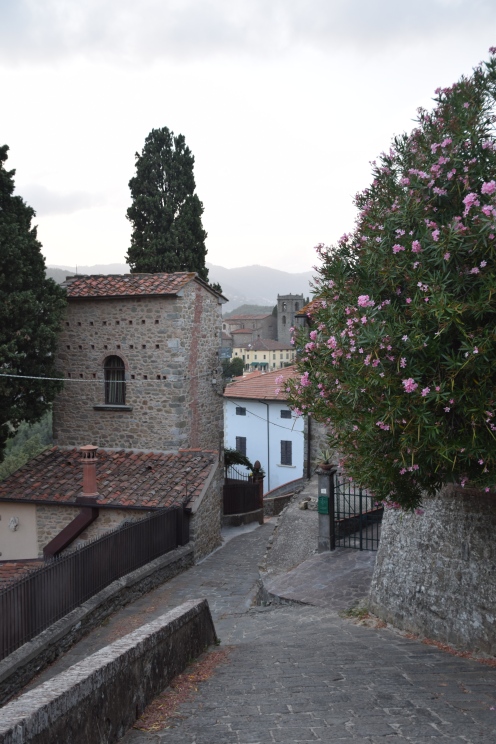 After a little more exploring we found two churches very close together: Chiesa dei Santi Jacopo e Filippo and Chiesa di San Pietro. Chiesa dei Santi Jacopo e Filippo was originally built in 1296, however it was almost completely rebuilt in the baroque style in 1764. Chiesa di San Pietro dates back to the 11th century and underwent multiple renovations to become what you can see today.

We headed to the main square for some souvenir shopping and a dinner break. Not surprisingly, we had another round of pizza and pasta accompanying it with our new Italian drink of choice, Aperol Spritz! Spritz is a mixture of Aperol, an Italian apéritif, Prosecco white wine and soda water. Rounding out our meal we headed to the gelateria on the opposite end of the square. 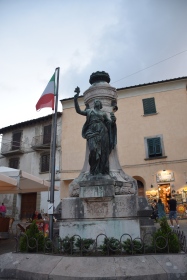 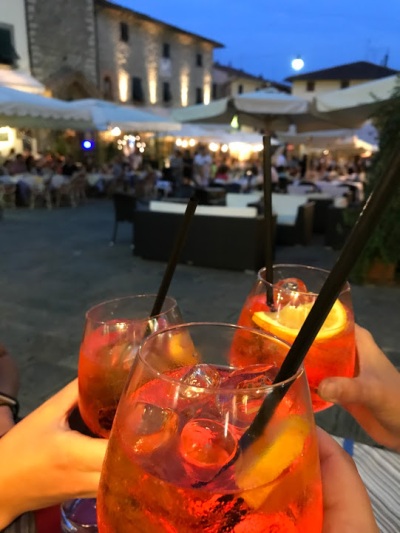 After dinner we headed back towards the Funicolare, stopping for one last view of the lit up city below. For two different views of the city we went up when the sun was still shining then headed back down the mountain after the sun set and I definitely recommend timing your visit this way too! Overall a visit to Montecatini Alto was a leisurely way to unwind to start off our Tuscan adventure. We headed back to our hotel to rest up before heading to Pisa in the morning!