For our second day helping Kim teach at her school, our lesson was all about structures. For anyone who missed the estimation activity last class, Mom and I reintroduced our selves. We explained how we are both engineers and a little bit about all the different types of engineering. Since we are engineers, we wanted to bring an engineering activity to do with them. Kim started the lesson with a few vocab words like structure, cube, tetrahedron (pyramid shape) and strength. The goal of the activity was to see which type of structure, the cube or tetrahedron, could hold the most weight. 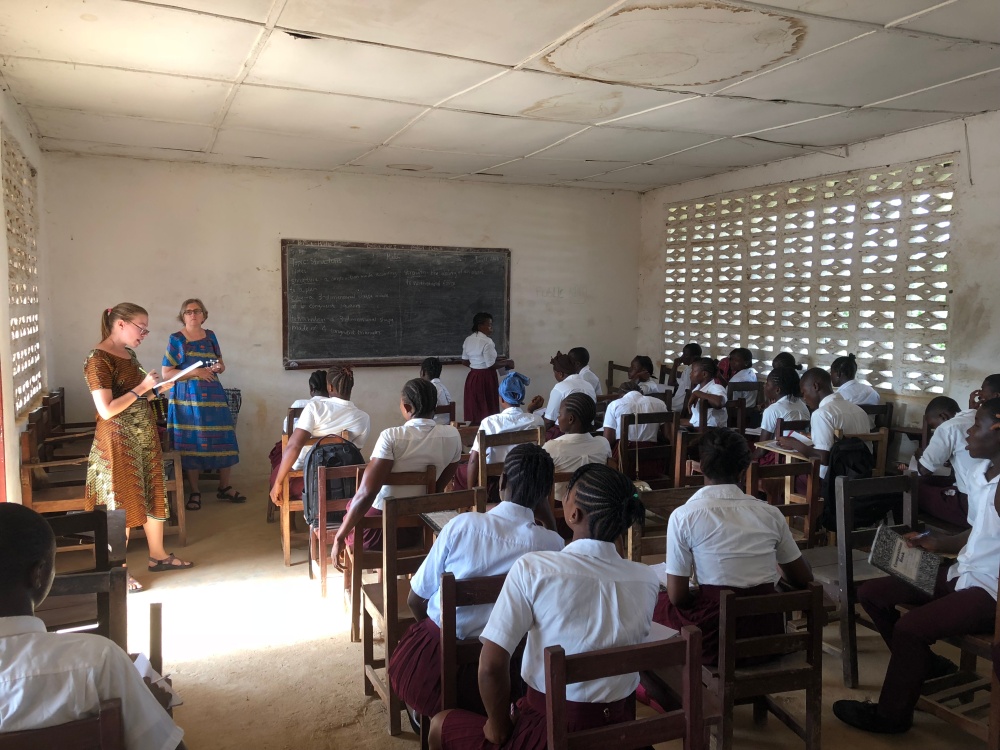 To start the activity we split the class into small groups and gave them their building materials we brought from the US: toothpicks and marshmallows! Each group was tasked with making one cube and one tetrahedron. We made some examples for them to use as a reference and walked around the room helping out the different groups. After a little help each group was able to make their own structures. 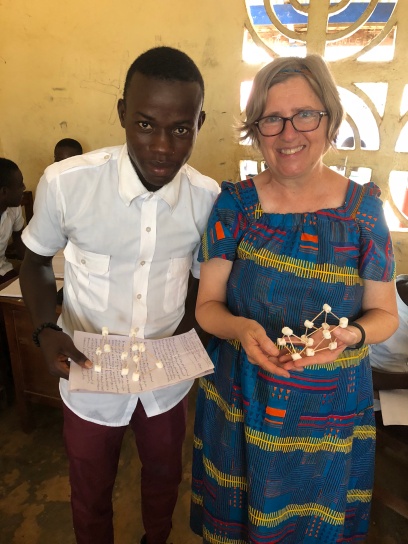 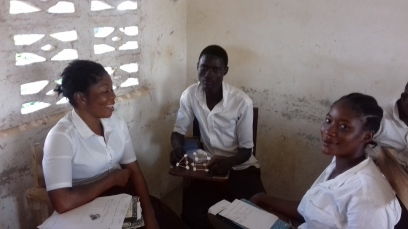 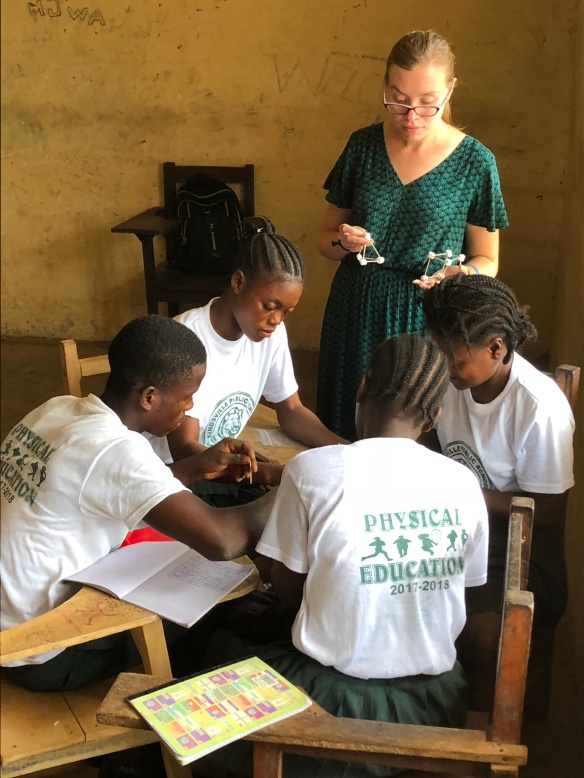 To test which shape is the strongest we combined four groups together and had them put all their tetrahedrons together on a desk. Next we used their “copybooks”, or notebooks, to see how many the small structures could hold. The students gingerly placed a copy book on the structures one at a time until the structures fell, then repeated the process for the cubes. The cubes fell with just one copy book placed on it while, the tetrahedron could hold more weight, falling on the second copy book. In later classes, we switched to seeing how many notecards the structures could carry instead of the copy books. This way instead of falling right away under the thick copy books the whole process was more suspenseful and fun having the students place notecards one by one. 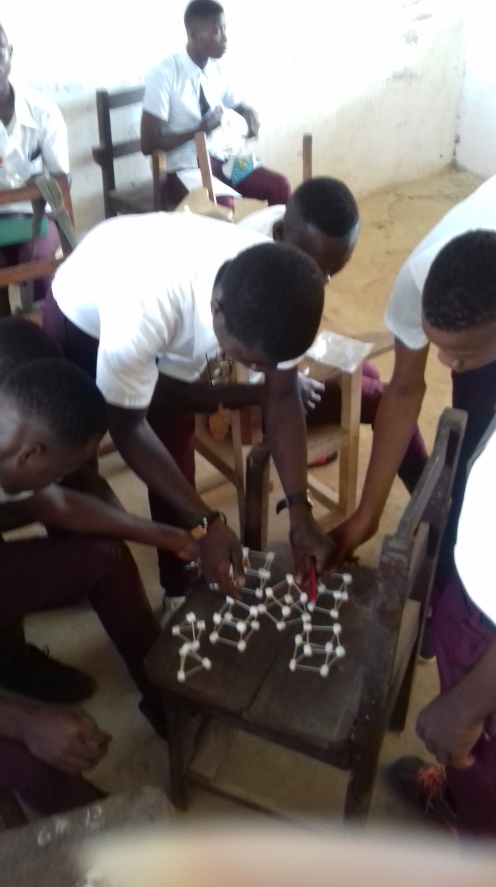 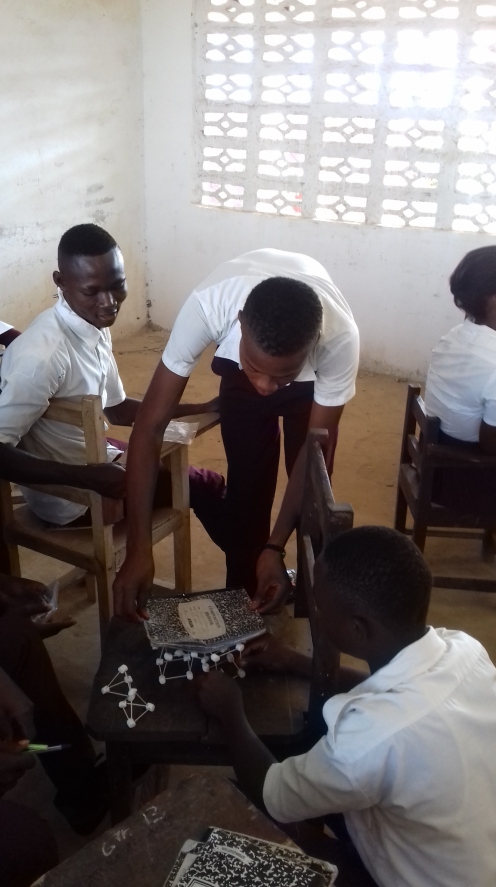 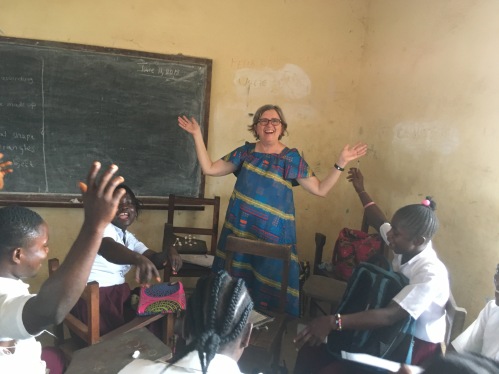 At the end of the lesson we revealed to the students that marshmallows are actually candy! They don’t have anything similar to them in Liberia so every student stared at us in disbelief. They wouldn’t eat their building materials until they saw Kim eat one to prove they were edible! Even then they were skeptical, but once they tried them they kept begging for more! 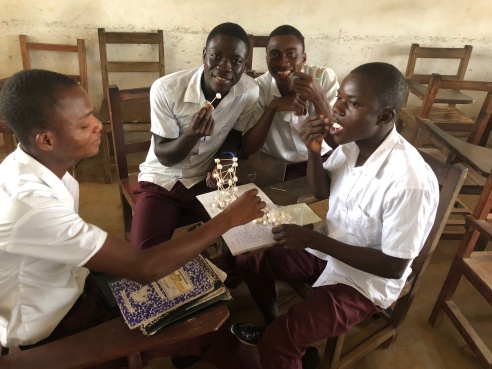 After doing the activity for three different classes we invited any students who wanted to do more to stay after school for another activity. During class earlier, they learned that structures using triangles can hold more weight than one built with squares. With the the knowledge they’d learned in class, we challenged the students to build the tallest tower they could, with the same materials. We split them into teams then gave them twenty minutes to work before measuring to find out which group could build the tallest structure. The students seemed to really enjoy it and were proud to show off their final towers (even if a few of the groups had to hold theirs up). From all the classes the tallest free standing tower measured at 22 cm and the winners from each grade got a prize! 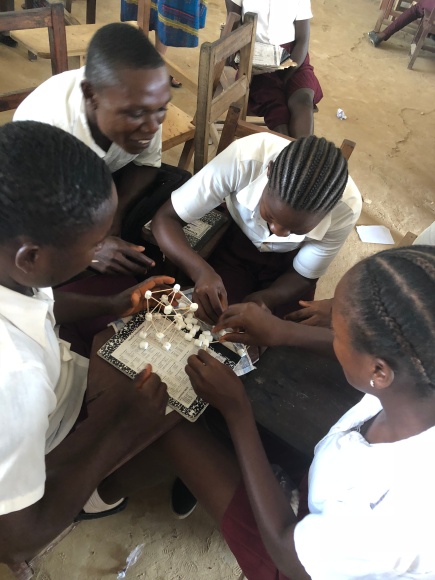 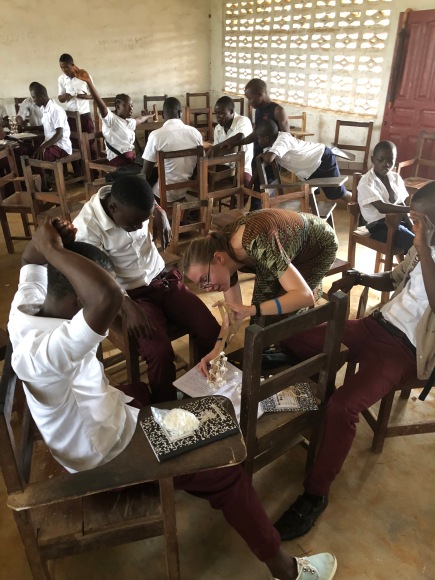 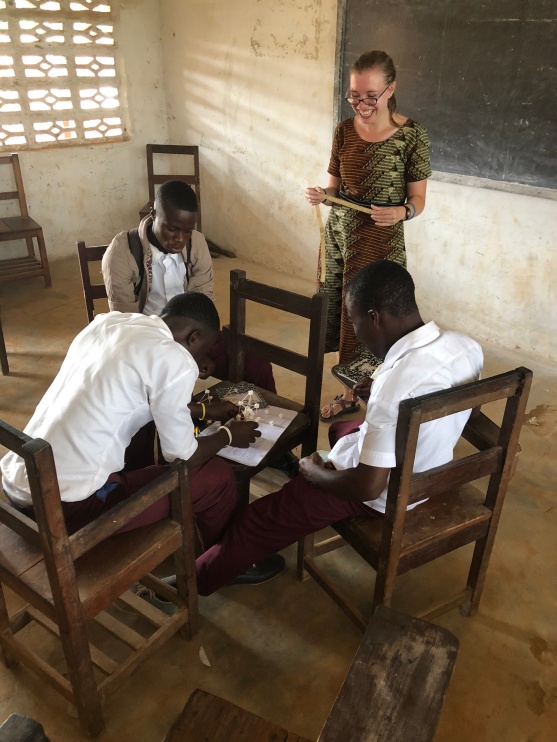 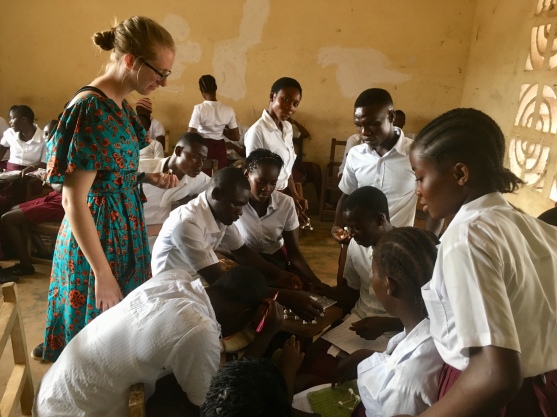 We adjusted a few things from class to class, learning along the way, but overall the activities were a hit! We were only slightly exhausted at the end of 5 sessions, but the students seemed to enjoy them and hopefully learned something too! Plus we got to share an American treat with them: My absolute favorite part was the reactions on the students faces when they saw us eating the marshmallows! Our activities with Kim’s students are something I’ll never forget.