During my short time in San Antonio visiting family, I was excited to participate in a few Fiesta Week activities!  The tradition began in 1891 as a one day event as a salute to those in the battles of the Alamo and San Jacinto. The celebration has evolved into 10 day festival held each spring in San Antonio featuring three different parades throughout the week.

The first event we attended was the Taste of New Orleans event at Brackenridge Park at the Sunken Gardens Theater. The park was filled with Cajun style food stalls ranging from savory crawfish to sweet beignets. We spent the afternoon eating, drinking and dancing to the music. Admission was $15 plus you will need to purchase food/drink tickets once you get inside but all of the money raised at the event goes towards scholarships offered by the San Antonio Zulu Association.

After getting our New Orleans fix, we headed next door to walk around the Sunken Gardens. This Japanese tea garden was completed in 1919 and was created to beautify an abandoned quarry at this location. Walking the stunning winding paths and seeing the vibrant koi fish was a great ending to our day! 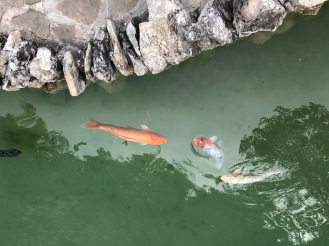 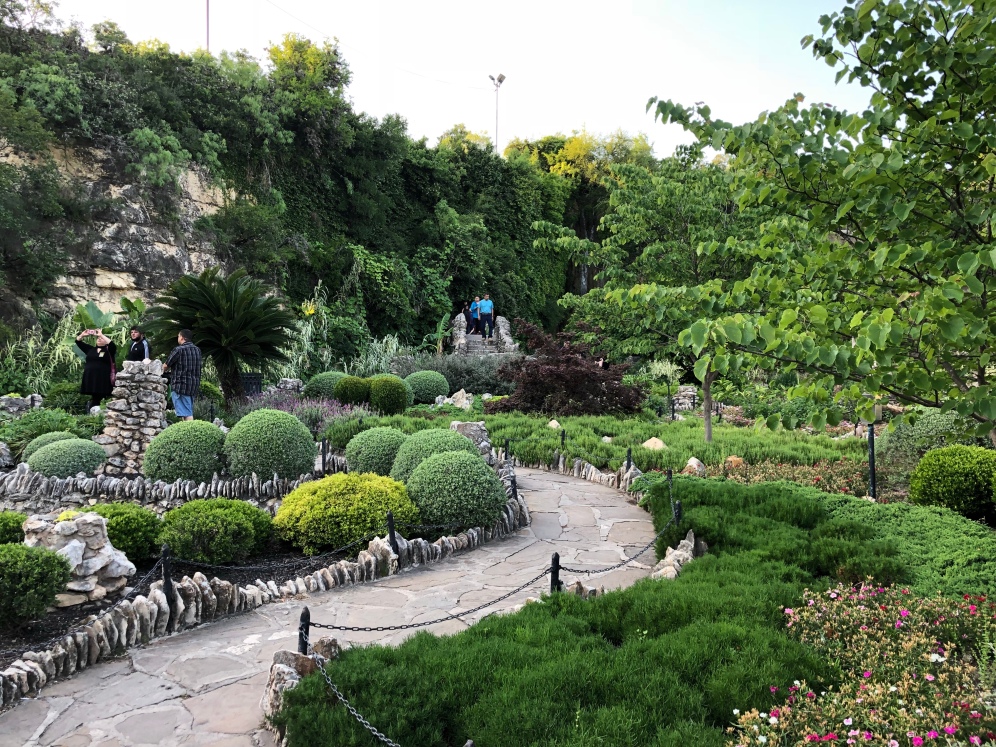 Our next Fiesta week activity was a visit to the Mercado in downtown San Antonio. The Mercado is open all year long full of stores selling primarily Mexican wares but during Fiesta Week there is an entire festival lining the streets. We shopped and explored before eating a delicious lunch at La Margarita. The Mercado was a great place to get our festive flower crowns and clothes for the River Parade that evening! 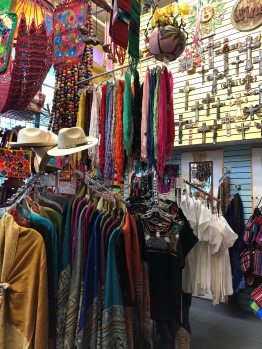 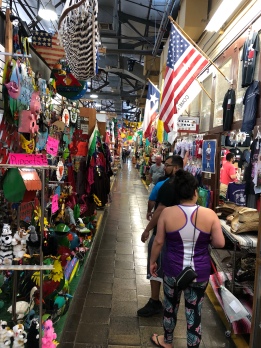 Finally it was time for the main event of our visit, the Texas Cavaliers River Parade! Rows of chairs line the San Antonio Riverwalk going right up to the edge of the water. Sitting in the front row I was worried I was going to fall in! The parade began around dusk and the trail of 55 decorated barges glowed brighter as the evening went on. One of the best parts of the River Parade is that all the money raised from the event goes to various children’s charities in the community. 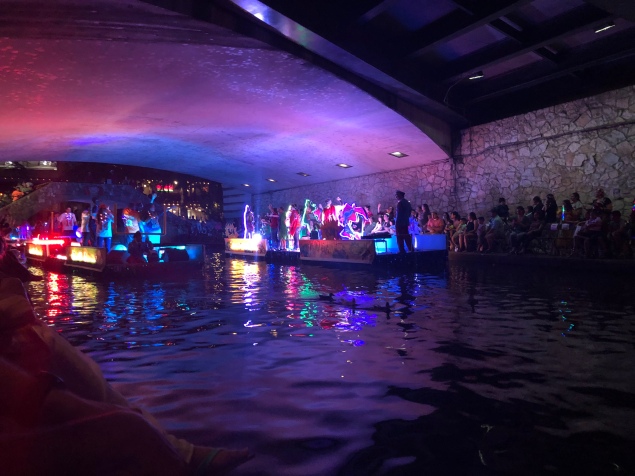 Our seats were along the newer addition to the canal so, since there was no exit for the floats at the other end, we got to see each float twice! Every float had their own theme about their “mission”, a play on words referring to the Missions located in San Antonio (The Alamo is the most well known). Each float also had their own source of music and I was pleasantly surprised that about half the floats had live music! The floats were gorgeous but the best part of the evening had to be the looks on my young cousin’s face at every new float she saw!

While there are two other parades and many other activities during the rest of Fiesta week, sadly our trip had to come to an end. But here are some tips if you are trying to participate in these Fiesta activities:

Hopefully these tips are helpful, we can’t wait to go back and experience more of Fiesta Week!