After a few weeks of lessons at the training center about teaching strategies and classroom management, we had our first chance to try them out in the classroom! For 3 weeks, we taught in the Peace Corps Model School, where middle and high schoolers from around the community voluntarily come to take extra classes, held at a local high school. 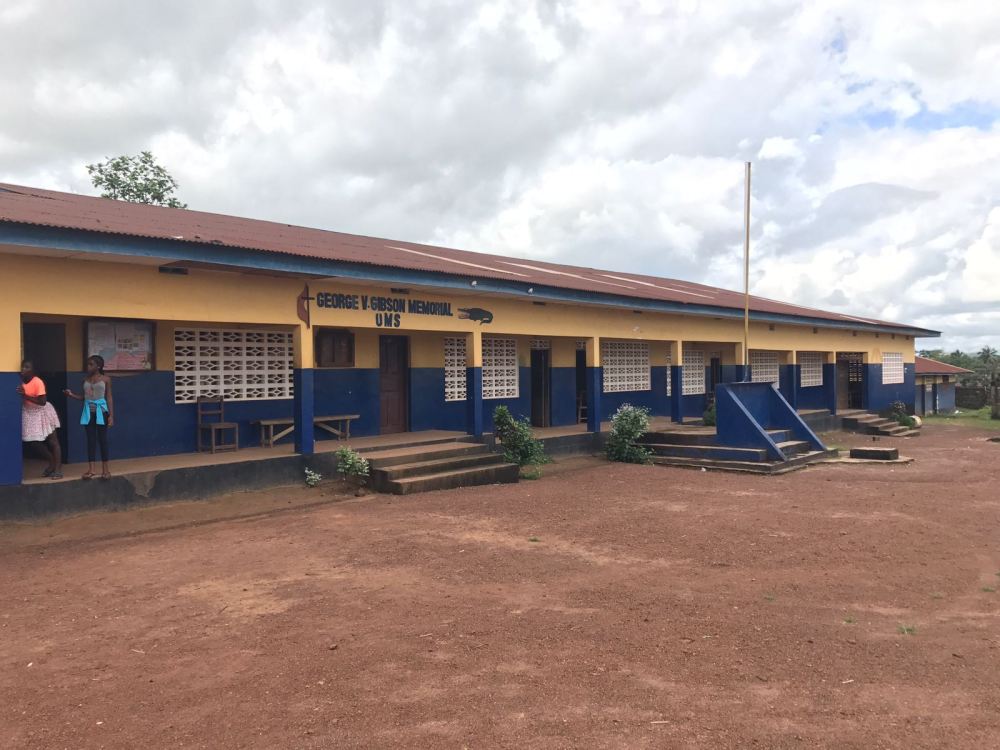 I was in the 12th grade cluster, along with 3 other trainees. Our classes were focused around math and science; I taught geometry. Though we could use the national curriculum as a guide, coming up with a unit plan was a challenge because we heard that the ability levels of our students would vary. I decided to cover finding the perimeters and areas of several different polygons and found that I had a wide range of ability – some of my students did very well in my class; for many, the lessons were appropriate; but some struggled with the content. I could tell that they had been exposed to it before because they remembered many of the formulas though not always for the correct shape. 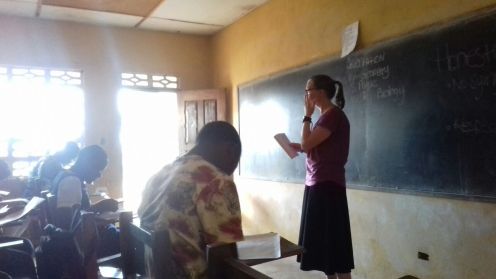 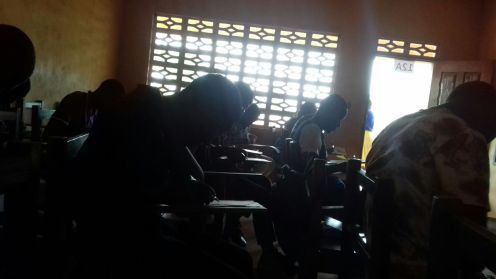 In addition to our math and science classes, we also had a few days for special topics. The first was Youth Sexual Reproductive Health Day, where we discussed anatomy, sex & pregnancy, menstruation and family planning – topics that are not covered in the Liberian curriculum so many of the students had never been exposed to them. We also had a day devoted to Malaria, which is a big issue in Liberia. We taught about the biology of malaria and how it is transmitted (a parasite that enters the blood via mosquito bites) and how it is spread (by mosquitos biting someone who has malaria and then biting someone else and passing it on). We also talked about prevention methods, the higher risk that pregnant women face and the economics of malaria (it’s much more cost effective to sleep under a mosquito net at night than have to pay for treatment when you get malaria!). 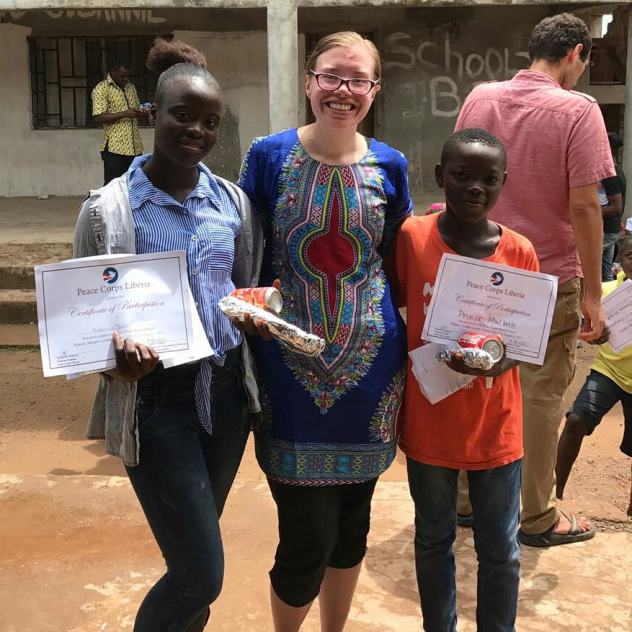 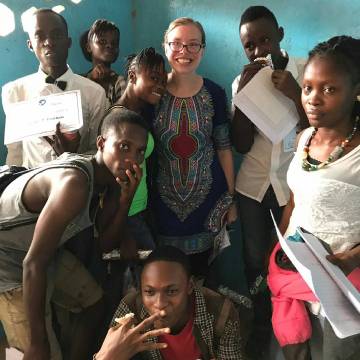 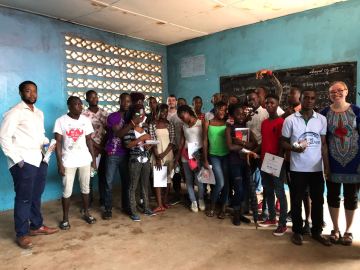 Model school was my first time teaching in a high school classroom and it was not without its challenges! A couple that I never even thought of were having overcrowded classrooms (which was not as significant in 12th grade as some of the other classes) and the glare from the sun on the chalkboard (no electricity so all the light is from sunlight coming in through the window). Another challenge was communicating clearly – though the students speak English, they are not used to my accent and speak Liberian English which is very very different from American English! Plus there were others that I know would happen anywhere – cheating on assignments (they call it “spying” here) and dealing with disruptive students.

Despite the challenges, model school was rewarding too – it was great to get to know my students and see them learning new concepts and succeeding in my class, especially the top students being recognized at the closing ceremony. I also got to help prepare the students who were speaking at the ceremony, including one of my 12th graders!

With the end of model school, came our site announcements! I will be headed to Montserrado County, to a community not far from Liberia’s capital city, Monrovia. We are wrapping up PST now and all of us trainees will be headed off to our new homes this Saturday!