During our 8 day trip in Iceland, we knew one thing we had to do was go whale watching! While there are multiple areas in Iceland to take off on a whale watching tour, we chose to embark from Akureyri, the “Capital of North Iceland”, with the company Ambassador. 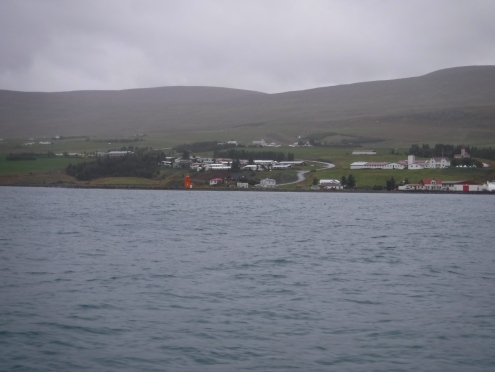 From Akureyri, we boarded a boat and headed out to sea. After about an hour ride we slowed and scanned the top of water until we had our first whale sighting. After just a few minutes we were able to see the fins of a humpback whale! The boat sped over to its location just in time for it to take a deep dive flapping his tail to push him deep in the water. We were able to see 3 whales total, one alone and one pair. The whales stayed near the top of the water swimming around for a few minutes before taking deep dives further down into the ocean that usually lasted around 5-6 minutes. 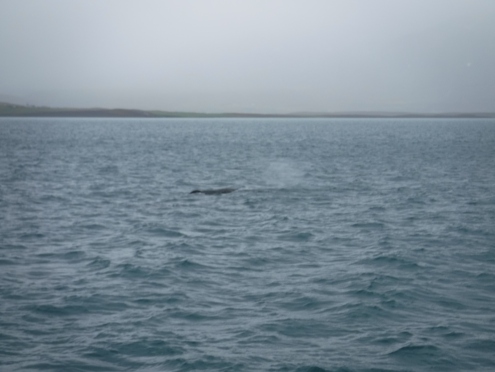 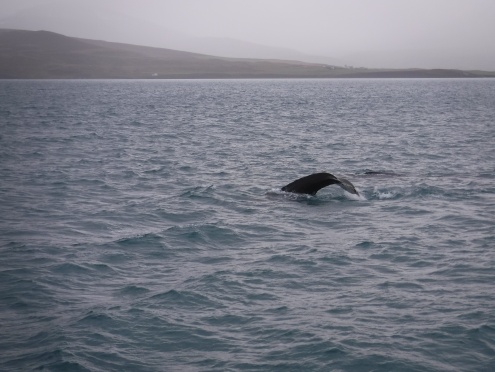 The reason Iceland is a great place to whale watch is that humpback whales travel north to feed. These whales eat in Northern Iceland, building up enough fat to stay warm in cold waters before returning south to breed. Each whale has a unique design on their flute (aka the back of their tails) making them fairly easy to track. The same whales found in Iceland have also been spotted in the Caribbean and even the Horn of Africa!

Overall the tour took about 3 hours, 1 hour at the whale watching sight and 2 in transit. The guides were very well informed, full of fun facts about the whales. Having spotted 3 whales, multiple times, I’d say overall the trip was a success!