I made it to Liberia!  I’ve been here almost two weeks, I’m working on catching up on blog posts about everything here, but first I want to start from the beginning!

Armed with two checked bags each 50 pounds or less (after some last minute shuffling at the airport) and my back pack and day pack, I began my Peace Corps journey by reporting to “staging” in Washington D.C. The 56 of us in my group, LR-7 (the 7th group of 2-year volunteers to go to Liberia), were in D.C. for just two days. 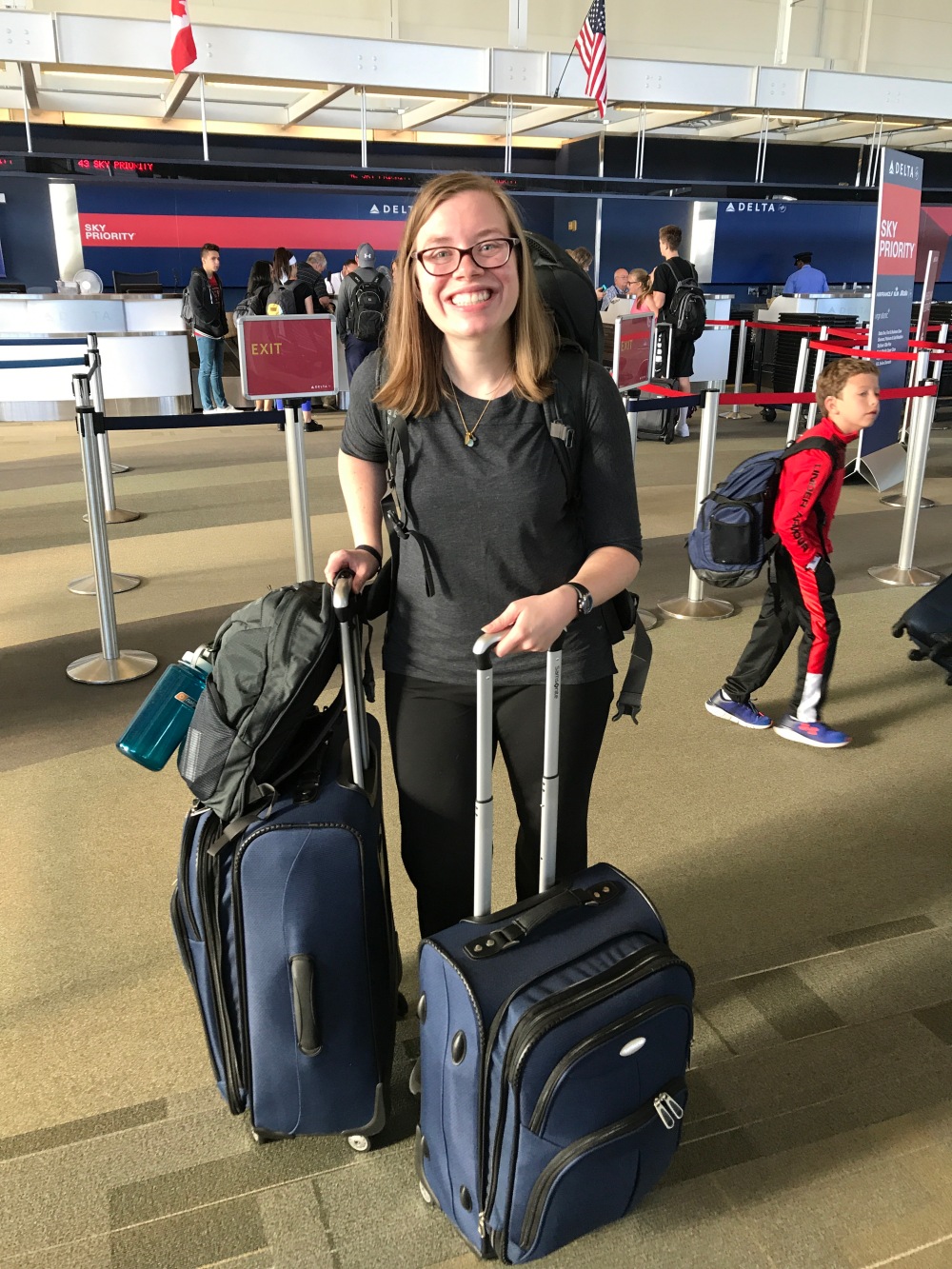 I arrived in the afternoon and the first session wasn’t until that evening, so I went out to lunch with some fellow volunteers (when we all had crazy amounts of luggage and were on the shuttle headed to the same hotel, it was pretty obvious that we were in the same group!). Then we had a quick registration and intro session and were free for the rest of the evening. So a group of us went to a nearby restaurant intending to get burgers (possibly our last for a while!) only to realize that the burgers were only on their lunch menu! But no matter, the food was still good and it was fun to get to know some of the other volunteers – which I was quickly realizing would be a big part of staging!

The next day kicked off what would not be the last of long days of training! We were in sessions all morning and afternoon, our first overall introduction to the Peace Corps (not just Peace Corps Liberia). We did a couple ice breakers, talked about the Peace Corps core expectations and broke into groups to do skits around some of the different scenarios that we may face. Another thing that I really appreciated was that we talked about what everyone is excited about and anxious about – it was nice to hear that a lot of people were feeling the same things! 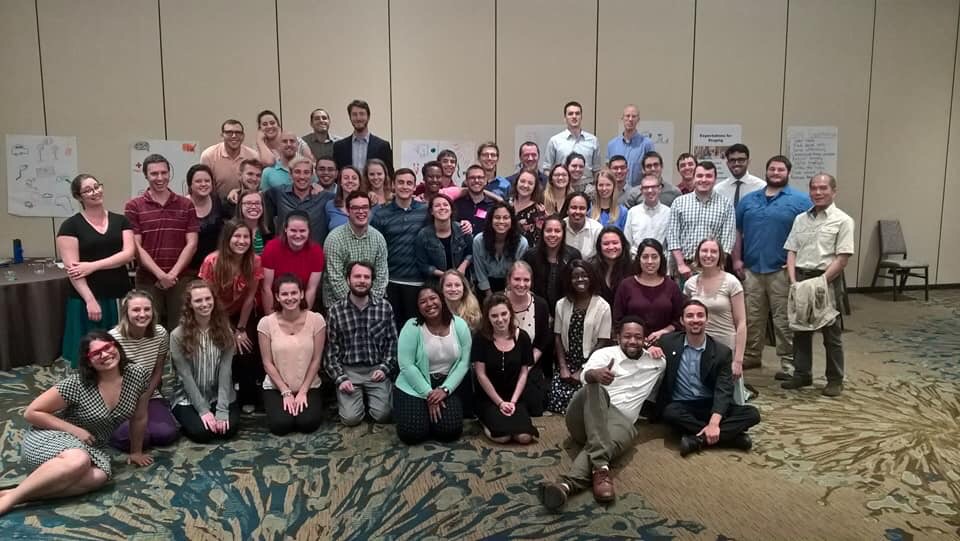 We finished up around 5:00 and then were free for the evening. A group of us decided to rent bikes and ride to the National Mall! Our hotel in Virginia was only about 5 miles away. At first I wasn’t sure we were headed in the right direction but we eventually found the right bridge and just across the river was the Lincoln Memorial! 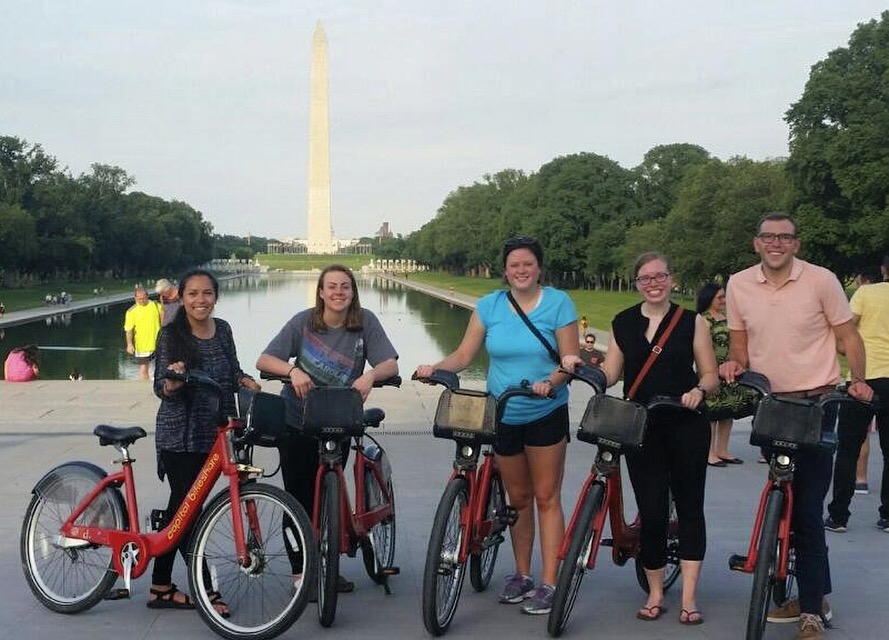 Seeing the Mall by bike was so much faster than walking it like we did on our family vacation last summer! We stopped at the Lincoln Memorial, rode by the Washington Monument, stopped for ice cream and rode past the White House before returning our bikes. And we stumbled upon a free concert in front of the Capitol building! 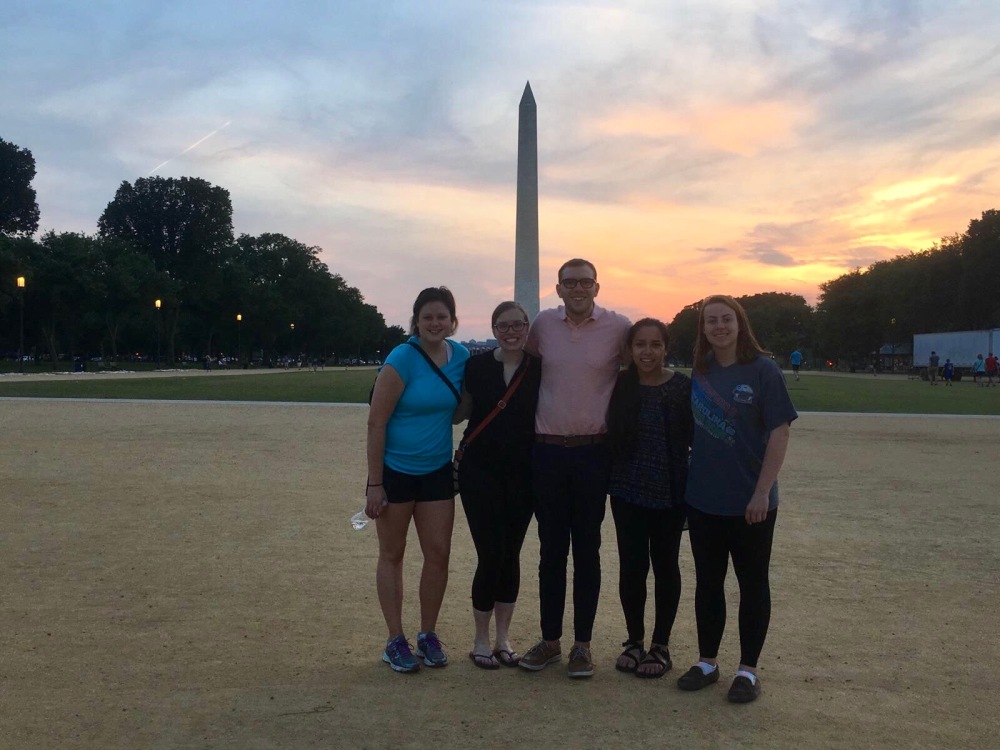 After watching some of the concert we ordered an uber to head back towards the hotel and we ended up having a very inspiring conversation with our uber driver! When our driver found out we were leaving for Peace Corps, he told us that he had so much respect for Peace Corps volunteers because the first Americans he had ever met were his Peace Corps teachers when he was growing up in Swaziland. They were the reason he wanted to come to America! It was so fitting for our last night in the U.S.!

The next morning, we checked out of our hotel and headed to the airport. The only hiccup was right at the beginning when we were checking our bags. We had thought that the weight of our carry-on bags didn’t matter so, of course, that’s where we packed our heaviest stuff, but then some people were getting their carry-on’s weight checked too! It turned out fine for me, but I was definitely nervous! The rest of the 28-hour trip went smoothly, flying from D.C. to Brussels to Monrovia. Arriving in Liberia, after going through customs and picking up our bags at a very chaotic baggage claim (with no missing bags for the group!), we were greeted outside by Peace Corps staff and volunteers! 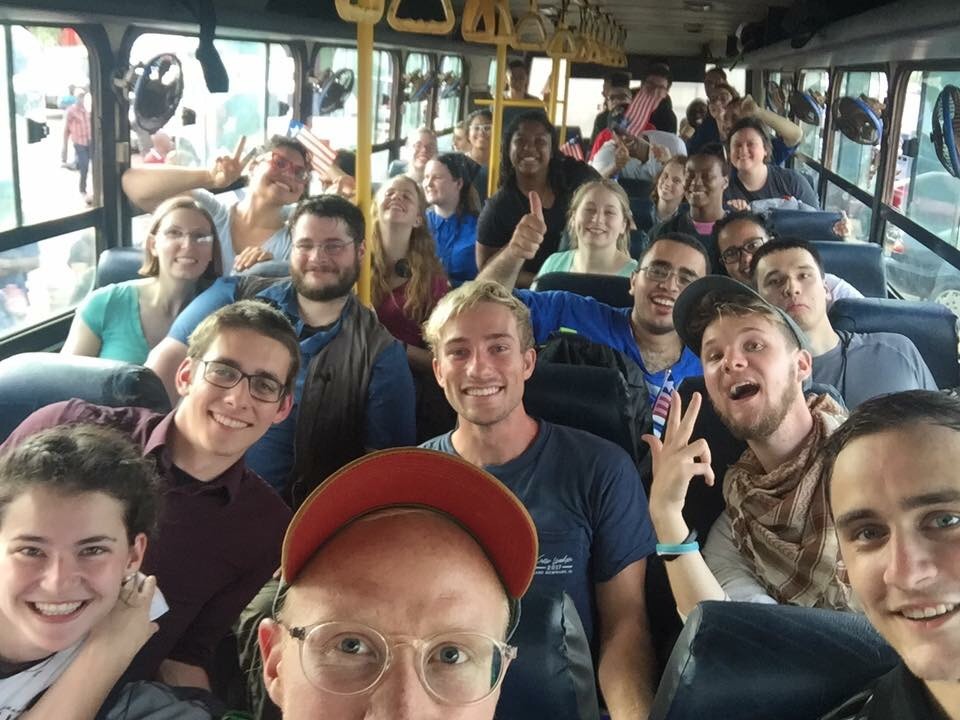 Then we headed to the city of Kakata for the start of our pre-service training, more about the first week of PST in my next post!