During one of my last weeks before leaving for my Peace Corps service in Liberia, I took a trip down to Florida for some family time! Mom and I headed down to the Florida Keys for a couple of days. Though we stayed in Marathon, around about mile 50 on Florida Route 1, we spent a day exploring Key West! Here’s how we spent our day…

Our first stop in Key West was a visit to Ernest Hemingway’s Key West home and luckily, we got there just in time for the next tour. As our guide led us through the house and around the grounds, we learned about Hemingway’s life and about the history of the house. He lived in the house for about 10 years with his second (out of four!) wife and 90% of the furniture is original. In addition to the living quarters, we got to see Hemingway’s writing room above the carriage house where he wrote nearly 70% of his work! 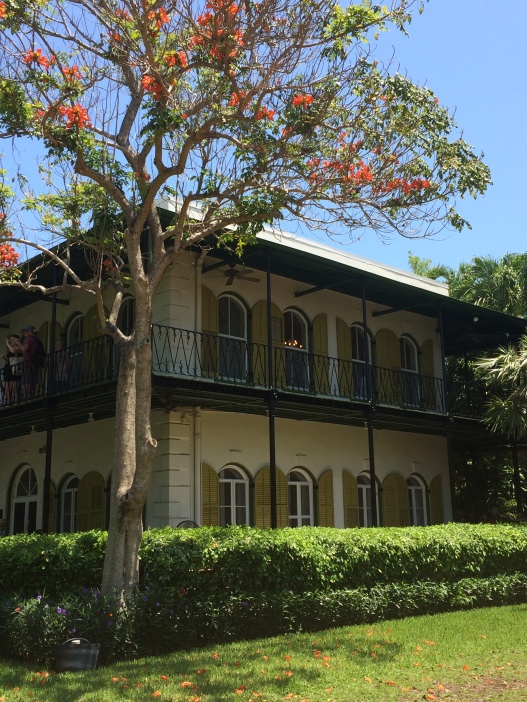 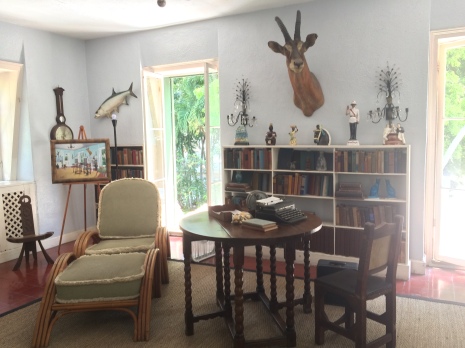 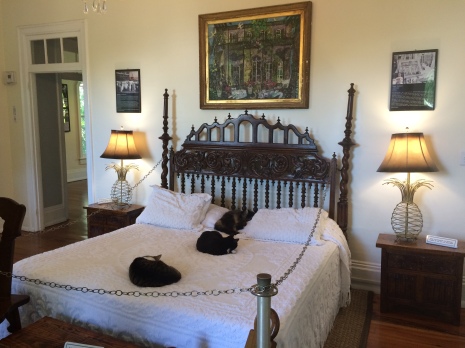 The other draw to the Hemingway Home are the 40-50 polydactyl (six-toed) cats that live there! Most cats have 5 toes on their front paws and 4 toes in back, but Hemingway’s first cat, Snow White, had additional toes. Many of the cats on the grounds are descendants of Snow White and have inherited the polydactyl gene of extra toes as well. The cats are everywhere, so our tour guide introduced us to some of them! Hemingway used to name them after famous people so they have continued the tradition – here are some photos of Billy Holiday (notice his 6 toes on his back paw!), Humphrey Bogart and Grace Kelly (from left to right)! 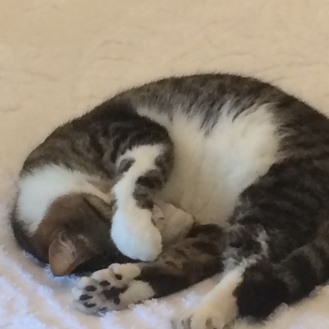 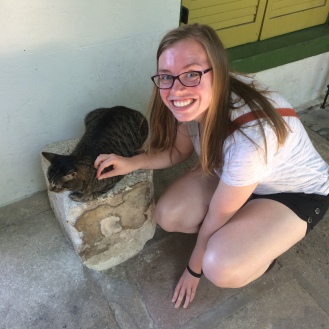 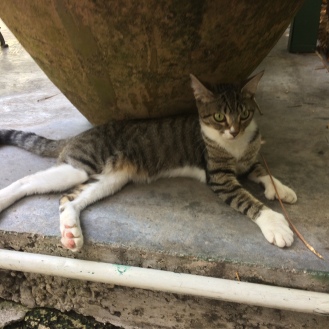 We also visited the Key West Lighthouse and Museum, right across the street from the Hemingway House. First, we climbed the 88 steps to the top of the lighthouse – we could see the entire 2-by-4-mile island from the top! Lucky for us, there was a museum docent at the top who told us more of the history of the island and pointed out different landmarks, like the island’s port and the civil war-era Fort Taylor. 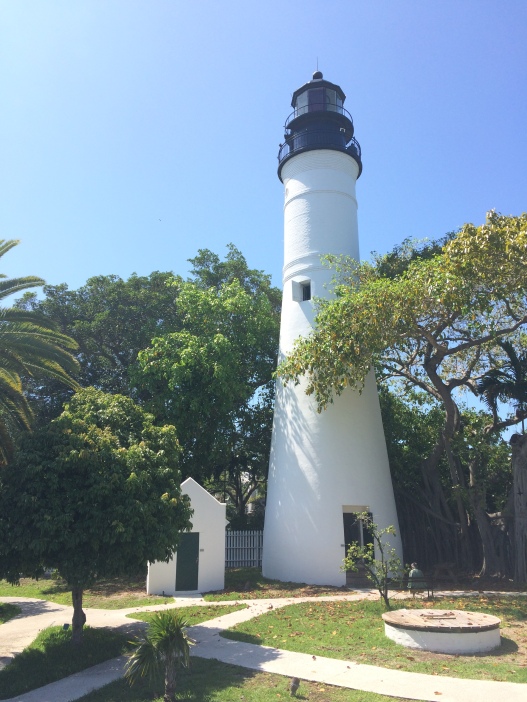 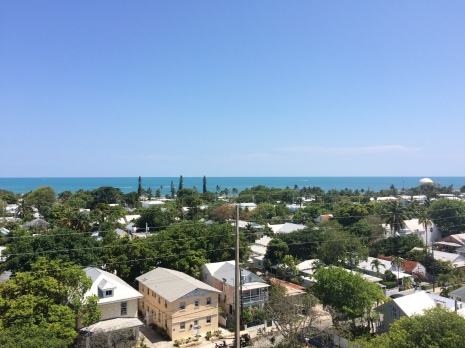 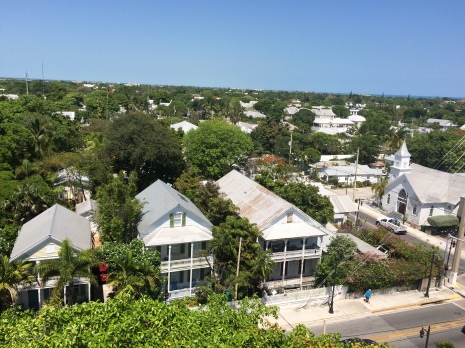 After making our way back down, we went next door to the lighthouse keeper’s quarters that is now the museum. We learned about the keepers and their families who lived there – in fact, they were mostly women! Additional exhibits explained how the light house worked and the network of lighthouses in the Keys. And we saw a true to size lighthouse lantern – it was taller than me! 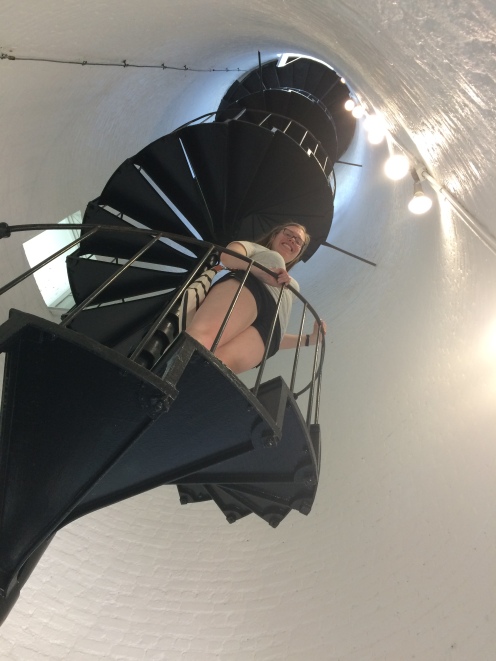 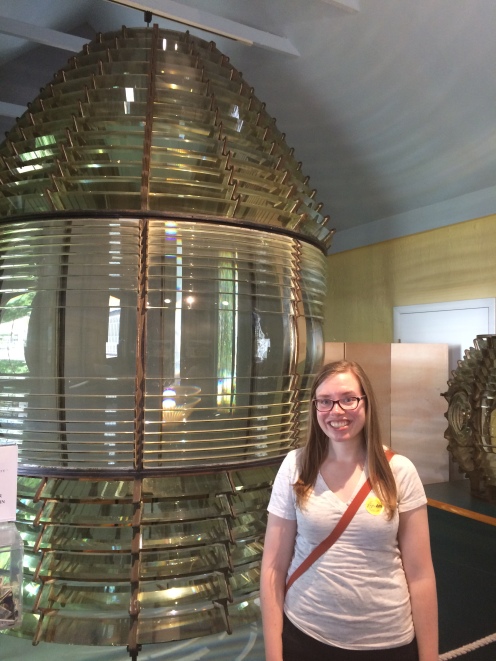 Often the best way to see the most of a city in such a short time is to do a sightseeing tour and that is what we did here too! We decided on the Conch Tour Train, a Key West icon. The driver or “engineer” is also the tour guide along the way, explaining the history of the city, pointing out the different styles of architecture and highlighting the landmarks as we passed by. We found that some tour guides were better than others, but all were very informative. There were also stops along the way that you could hop off to visit different attractions and then catch the next train, as they pass by every half hour. 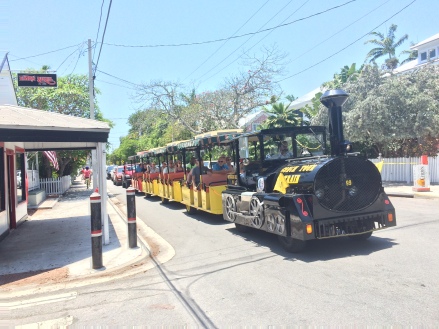 Along the tour, we saw President Truman’s Little White House and the Southern Most Point of the US, both of which we would have liked to stop at if we had more time! We also passed by the Key West Cemetery where many of the graves are above ground due to limited space and there are a few cheeky epitaphs (like “I told you I was sick!”). We went through several different neighborhoods, each with different architectural styles and drove along the beach and many resorts. 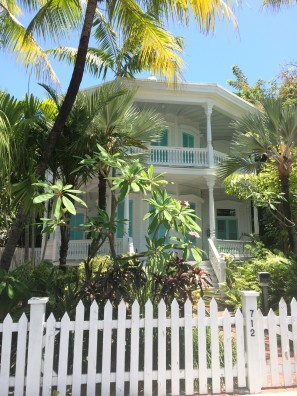 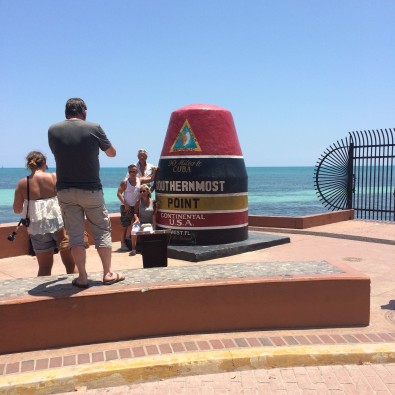 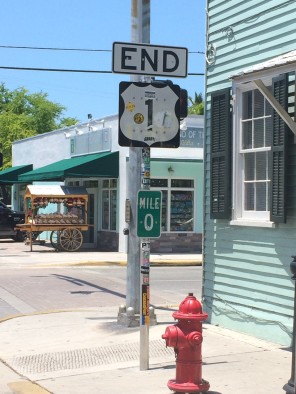 The tour ended at Mallory Square, a touristy area on the waterfront with shops, restaurants and many nearby museums. To wrap up our day in Key West, we walked through the square and along the water. And we encountered some roosters along the way – they are all over the city! Mallory Square is famous for its Sunset Celebration, when every day of the year, there are street performers and food carts, and tourists gather to watch the sunset. If we didn’t have an hour and half drive back to Marathon ahead of us, we might have stayed for it! 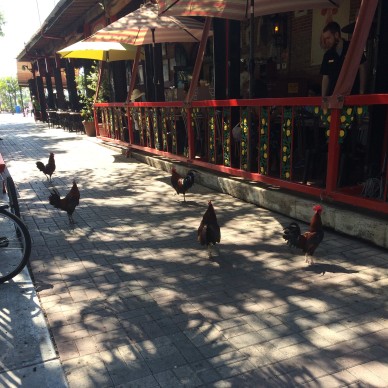