A couple weeks ago, I had a chance to travel to Utsunomiya, Japan on a trip for work and had the chance to try a lot of new foods while I was there! One night we went to a yakitori (translated as grilled bird/chicken) restaurant with our new Japanese friends. We were seated in a back room that could accommodate all of us with a table low to the ground with circular pads for us to sit on the floor. The way the bar worked was we paid a set price for food and unlimited drinks for 2 hours. 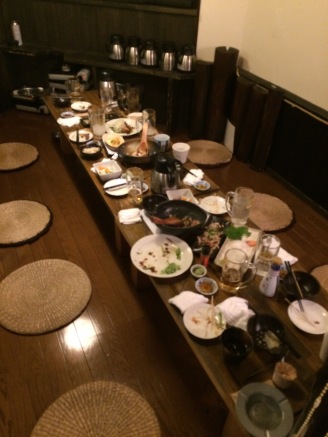 As a notoriously picky eater, I was a bit nervous for the meal. Many plates of food were brought out to us starting with a simple caesar salad, something I could easily handle. The foods to come were definitely more exotic. I asked my co-workers not to tell me what each dish was until after I took a bite, a good thing because I’m not sure I would have tried everything! The strangest dish for me was boiled chicken skin. Other dishes included tamagoyaki (a Japanese rolled omelette), potatoes covered in a small fish egg sauce, gizzard (very very chewy…) and various fresh fish. 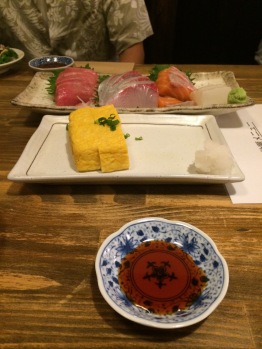 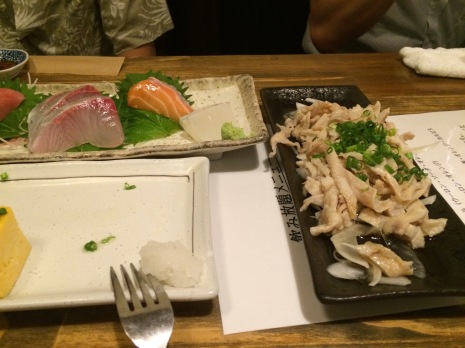 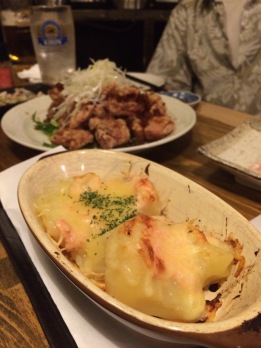 My favorite drink I tried was called a Calpis Sour. At first we thought it was called Cow Piss, I definitely felt the need to clarify after all of the other interesting things I had already tasted that night! According to our friends Calpis is made with fermented milk and was first created almost 100 years ago. To me it had a hint of fruit loops taste. I also tried a plum wine with soda. While good, it definitely didn’t compare to the sweet Calpis drink! 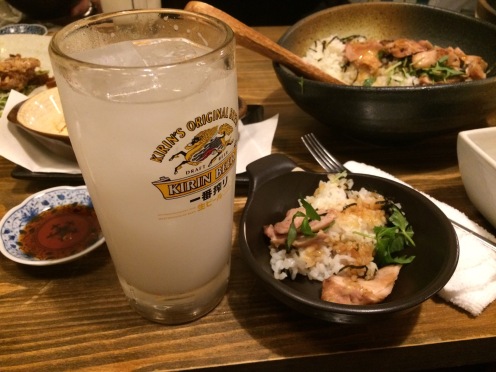 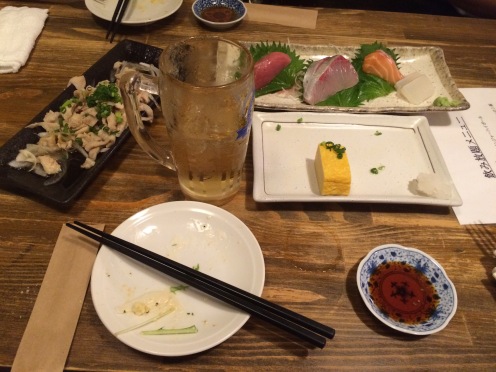 Although we didn’t speak much Japanese and they didn’t speak much English the night was full of fun. We did a lot of miming to tell stories and learned a few more Japanese phrases by the end of the night!  Another source of entertainment ended up being me trying my best to use chop sticks – as a first timer I can say that it wasn’t exactly graceful! 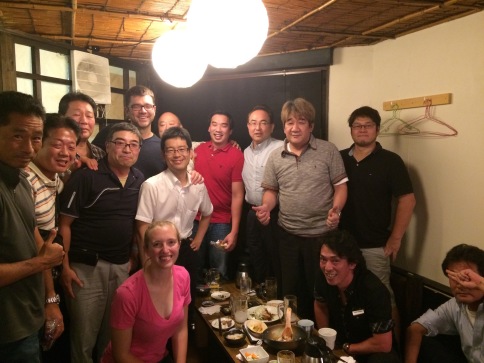