Two summers ago, our family went on a 9-day cruise on the Baltic Sea, stopping in 6 different cities. As cruises tend to go, we were only able to spend a day in most of the cities, so this series of posts is all about how we tried to make the most of the short time we had in each one!

Our next stop on our cruise was in Tallinn, Estonia. Here we didn’t do a scheduled tour but decided instead to do a hop-on hop-off bus to explore the city on our own. We spent the first half of the day in Tallinn’s Old Town.

Tallinn’s Medieval Old Town, dating back to the 13th century, is a charming neighborhood of winding cobblestone streets and gabled houses that was once completely enclosed by the town wall and towers that were built to protect the city in the middle ages (today about half of the towers are still standing). We began on Toompea hill, where there were some spots with great views looking down on the rest of Old Town. 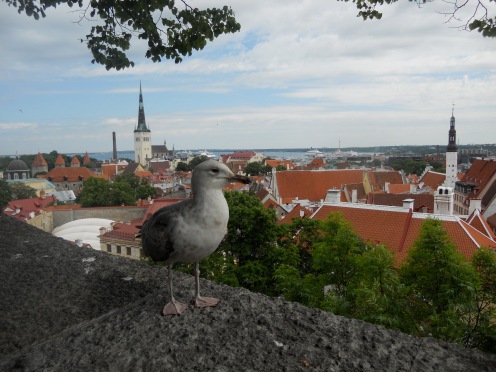 From Toompea, we made our way down through Old Town, passing through the town wall and by the Maiden’s Tower. We also saw several churches, including St. Nicholas’ Church and Cathedral of St. Mary both fitting in with the medieval architecture of the rest of the area, as well as St. Alexander Nevsky Cathedral which stood out from the surrounding buildings with its Russian-looking design. 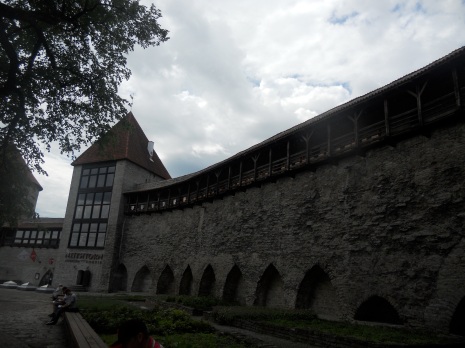 Next we found ourselves in the Town Hall Square, lined with cafes and guild halls representing the merchant and craft guilds dating back to the 14th century. Also on the square is the Holy Spirit Church, where there was a choir singing outside as we went by and we noticed the dragon water spouts lining the roof! 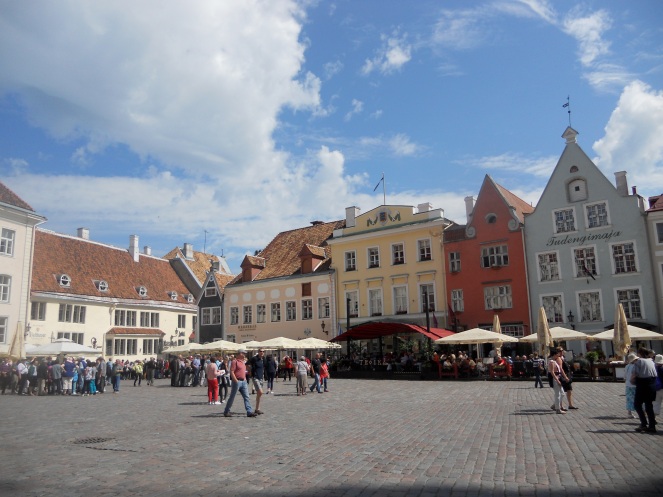 Also near the square was the Kalev Marzipan Museum Room. Tallinn claims to be the birthplace of Marzipan, a sweet made of powdered sugar and almonds, going back to the 1400s (this claim is contested by another Estonian town, Lubeck). At the museum room, we were able to buy some marzipan souvenirs and see some incredible marzipan figures being painted. 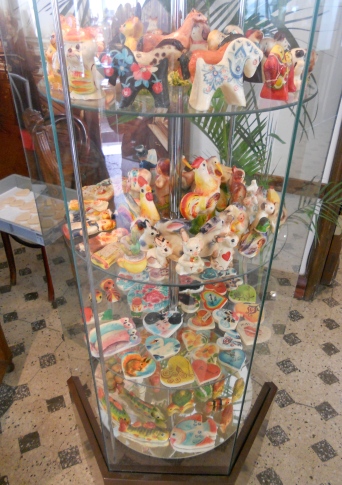 After our morning in Old Town, we got back on the hop-on hop-off bus and took it west to Kadriorg, where we walked through the beautiful Kadriorg Park and made our way to the Kadriorg Palace. The palace was built to be a summer residence of the Russian Tsar Peter the Great, but is now an art museum. We didn’t have time to go inside but we did walk through the gardens in the back.

Other than exploring Old Town and Kadriorg, we didn’t have time to see more of the city besides out the window of the hop-on hop-off bus. Here are some of the things we heard about and would have liked to do if we had more time:

And that wraps up our day exploring the charming city of Tallinn, Estonia!